Cybersecurity Scholarship Program Off and Running 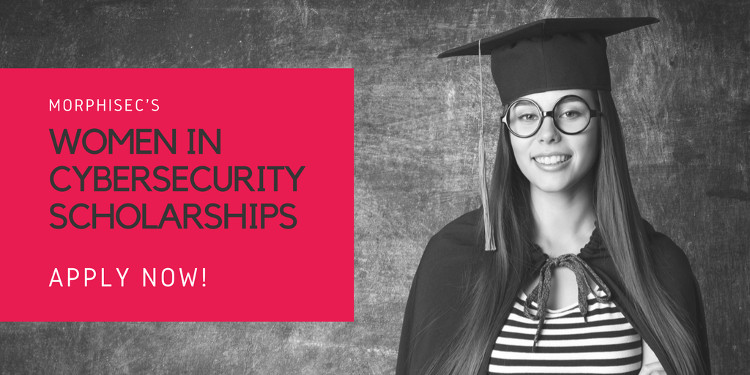 Last month, without much fanfare, Morphisec announced the launch of its Women in Cybersecurity Scholarships. The program arose from a chance discussion between Netta Schmeidler, our VP Product, and me. She was describing how she felt so lucky that an encounter in her life at a critical point led her down this career path. We began talking about what we as individuals, as a company and as an industry could do to encourage girls to explore the field.

Fast-forward several months and many meetings and you have Morphisec’s Women in Cybersecurity Scholarship initiative. A small step maybe, but our goals were modest: to raise a little awareness, generate some thoughtful discussion and help out a few female students as they forayed into the field.

So far, it has succeeded beyond our expectations. Our Twitter feed exploded with comments and ideas. Many centered on how to reach girls at a younger age, what aspects to emphasize so they became engaged and interested in the topic. Others pointed out that we need to open up avenues of entry at later stages, get out the message that there’s a path into cybersecurity even if you didn’t start coding at age 11. A few nameless souls espoused their view that women weren’t attracted to cybersecurity because it was war and women “prefer less combative environments.”  I wonder what their mothers, wives, girlfriends and daughters would say to that.

The application period is open from now until May 15, 2018 and submissions are already coming in. So those of you that have daughters, granddaughters, nieces or any other female-identifying relative or friend studying a cybersecurity-related topic, make sure to let them know about this opportunity. After all, it may have been talk about your work at the dinner table that got them interested in the first place.