Posted by Shelley Leveson on October 19, 2018
Find me on:
LinkedIn 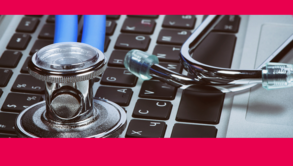 The healthcare industry needs to focus on its own cyber health. That’s the upshot of the latest round of reports and announcements from industry experts across the board.

Healthcare a Prime Target for Attackers

The past five years has seen a wave of attacks on the healthcare industry. Hackers stole nearly 80 million patient records, including highly sensitive personal information, in the 2015 cyberattack on Anthem. The insurer just settled on a $16 million dollar fine to the U.S. government under HIPAA. That’s on top of the $115 million class action settlement and an estimated $260 million on security remediation and improvements.

So far, in 2018 alone, UnityPoint Health announced a breach of 1.4 million patient records, a phishing attack on Sunspire Health exposed personal patient information, hackers breached LabCorp, one of the largest clinical laboratories, Blue Springs Family Care was hit by ransomware and info-stealing malware, and a breach at healthcare billings vendor Med Associates exposed more than a quarter million patient records. And that’s a partial list. The situation is no better outside the U.S. – attackers have hit the UK’s NHS and breached the Singapore government’s health database, accessing personal data of 1.5 million patients including Singapore Prime Minister Lee Hsien Loong.

Healthcare lags far behind other sectors in terms of cybersecurity. A 2018 Report by SecurityScorecard ranked healthcare cybersecurity 15th out of 18 US industries.

Medical Devices as an Attack Vector

The U.S. Food and Drug Administration (FDA) and the Department of Homeland Security (DHS) are trying to do something about it. Yesterday the FDA released draft premarket guidance on cybersecurity for medical device manufacturers. “Cybersecurity threats and vulnerabilities in today’s modern medical devices are evolving to become more apparent and more sophisticated, posing new potential risks to patients and clinical operations,” said FDA Commissioner Scott Gottlieb, M.D in a statement. And earlier this week, The FDA and DHS announced a memorandum of agreement to implement a new framework to increase collaboration and improve coordination of their efforts to increase medical device security.

The memorandum came just days after the FDA issued a warning on severe vulnerabilities in certain Medtronic implantable cardiac device programmers. The flaws could be exploited by hackers to change programmer functionality during implantation or follow up visits and cause patients to come to harm.

There have been no known attacks on patients themselves via medical devices, however, and valuable patient records are not likely to be present on such devices. The primary danger in medical devices lies in their ability to serve as entry and pivot points in the network.

While medical devices pose an undeniable risk, the biggest current sources of healthcare breaches are phishing emails and drive-by-download attacks on endpoint computers and devices. The SecurityScorecard report found the healthcare industry is one of the lowest performing industries for endpoint security.

The majority of the attacks above began with a phishing email where the victim opened a weaponized document or clicked on a malicious link. A survey of physicians conducted by the American Medical Association found that 83 percent had experienced a cyberattack with more than half coming in the form of a phishing email. Many of these employ sophisticated social engineering tactics and deploy advanced, evasive malware. A FortiGuard Labs report found polymorphic attack vectors afflict healthcare at nearly twice the rate of other verticals.

What Can Healthcare Organizations Do?

The Problem of Patching

According to the same SecurityScorecard report, the most common cybersecurity issues in the healthcare industry can be traced to poor patching cadence. A recent Ponemon survey found healthcare security professionals struggle to keep on top of patching. More than half (57%) experienced at least one data breach triggered by exploiting a vulnerability for which a patch was available. It’s easy to recommend keeping on top of security updates, but hard to implement with overburdened security teams and the need to maintain continuous system availability. Morphisec virtually patches vulnerabilities, keeping endpoints protected from vulnerability exploits when patches are not yet available or deployed.

Contact a Morphisec security expert to learn how we can help your organization improve its cyber health.