Posted by Michael Gorelik on March 2, 2016
Find me on:
LinkedIn Twitter 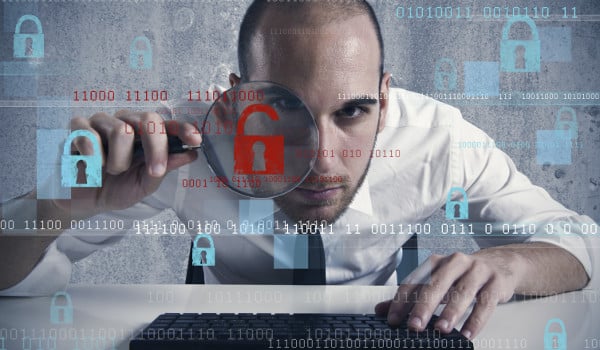 In Morphisec Labs, we are constantly tracking the behavior of the exploit kits that are making life easy for hackers and complicated for security managers. Since the EKs need to take advantage of whatever vulnerability they can find on an end user’s device, they typically have a roster of vulnerabilities to try, and if the first one does not work, they go on to the next one.

We recently observed something very interesting: in the past few months, we noticed a gradual change in the sequence in which the vulnerabilities are tried by the EK, from Flash being number one (remember that? It was all over the news), to Javascript in Internet Explorer.

Before I delve into the exact change we’ve seen and why it’s intriguing, I want to make sure we distinguish between two major types of exploit kits:

Now that I have clarified the two types of exploit kits, I want to focus on the first one – the cyber-criminal type, simply because there are enough samples in the wild to reach statistical conclusions (it’s hard to gather a statistically significant batch of highly targeted attacks since they are, well, highly targeted ;). Also, these types of EKs are relevant both to corporations and individuals, which both may end up getting hit.

Incidentally, even though in this post I am focusing on Angler as the leading exploit kit, in some of the less influential exploit kits, Flash is still the first exploit to be tried in sequence.

Before I get deeper into the technical description, there are a number of reasons for such a change to happen and other expected changes:

I analyzed dozens of samples relying heavily on my favorite public web exploit kits sources http://malware.dontneedcoffee.com/ and  http://www.malware-traffic-analysis.net/ , supplemented by samples from a private crawler equipped with Morphisec Protector inside its simulated end-point machine environment. 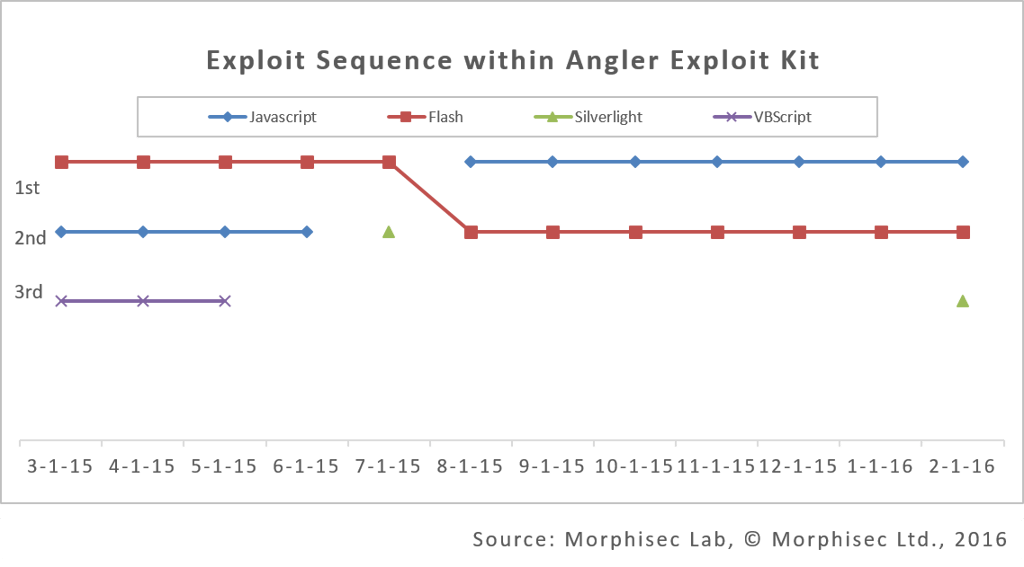 Below are samples representing the chart above from real Angler exploit kits, which I de-obfuscated in order to identify the order of exploit activation.