During the first week of March, Morphisec intercepted and prevented an advanced Lokibot delivery campaign on some of its customers in the financial sector. While Lokibot has been lately reported to be delivered via impersonation of a known game launcher, previously it was also delivered through advanced AutoIt obfuscated Frenchy shellcode.

In the campaign Morphisec identified, the AutoIt+Frenchy shellcode is back and stronger than ever. We will dive deeper into the technical details while pointing out the innovative additions to the campaign.

LokiBot is a well-known info-stealer that scrapes information from different web browsers like Google Chrome, Firefox, Safari. It was previously also used to establish backdoors to an enterprise.

The shellcode was named “Frenchy” because of the mutex it creates and after a user named frenchy on hackforums. This shellcode has been seen with other packers loading different malware like Formbook, Netwire, AveMaria, Agent Tesla, etc.

The very initial stage of the delivery is through a spam/phishing email. In the figures below are the spam emails that deliver the Lokibot and AgentTesla info-stealer malware. Both are AutoIt executables that are archived with different archive extensions (for example: .cab and .zip; we saw rar and iso extensions as well), In both cases the executables contain a Frenchy shellcode loader that is responsible for reflectively injecting the next stage of the info-stealer payload. Below we will elaborate on the current loader and it’s previous versions.

Figure 1: The original email delivering the Invoice executable through a cab file 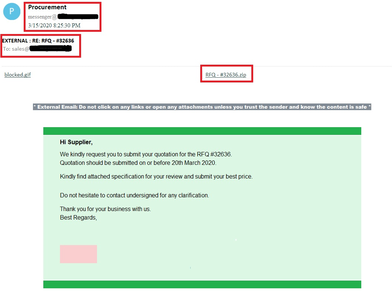 The executable had the name as ‘Invoice No. 013696.exe’, and we used Exe2Aut to successfully de-compile and extract the AutoIt script from the sample.

The user nicknamed Frenchy sells their shellcode framework underground for some of the known packer frameworks; below are just some of that snapshots that demonstrate a few of the details seen in almost every campaign executed and documented during the previous year

Figure 3: Obfuscated code showing the starting point of the script

As in previous rounds of the frenchy campaigns, the AutoIt script has its basic anti-vm evasion.

Figure 5: vm checks in one of the functions, pvleqyepzq

Figure 7: Function that can download and execute the file from temp directory

Previously we have seen Frenchy shellcode used by different campaigns that were packed using both AutoIt and .Net. The first two versions came in packed with an AutoIt obfuscator and the third version was found packed with .Net. Researchers also found Frenchy shellcode version 5 (mutex_005) which was loading Lokibot, but the AutoIt script looked different from what we observed from our sample. In this section we will describe a few differences that we noticed in previous AutoIt obfuscators.

AutoIt obfuscation used with Frenchy shellcode v001 has more functions when compared to the v002, v005, and the sample we analyzed. Some of the function names are the same in all versions, which could be due to the same technique/obfuscator used to obfuscate function and variable names, but the functionality is not similar. The string encryption technique used in the version we analyzed slightly resembled the initial packers, while the obfuscation from frenchy shellcode v005 implements a string shifting technique.

In Figure 11 below we can see that different packer versions use various techniques, like string reversing, string replacing, string shifting, doing XOR with arguments, and binary to string of hex values. 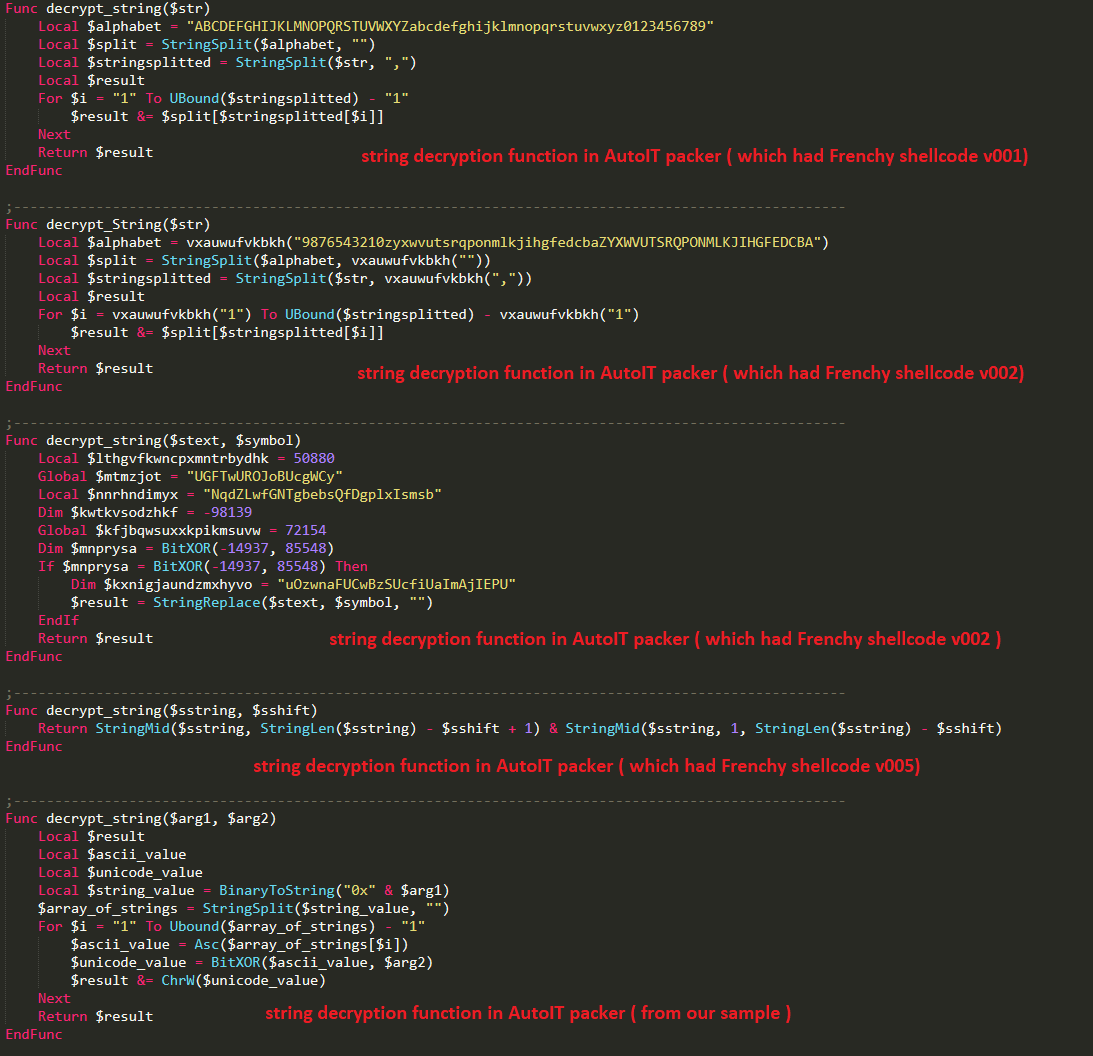 The shellcode and payload data in the sample we analyzed, and in packer with frenchy shellcode version v005 was split and concatenated as a hexadecimal string inside runPE and the main function. But in the earlier versions it was attached into the AutoIt executables as resources. Packers had the readresources and globaldata functions to load the encrypted resources by name and type.

Figure 12: Function that loads the resources and concatenates the payload

The shellcode is split and distributed within the AutoIt code, in both the packer with Frenchy shellcode v005 and in our sample.

Figure 15: Shellcode collected into a variable (from our sample)

WinAPI Functions are back

We noticed that older versions had the list of other legitimate process names inside the runPE function used for process injection and hollowing, but the version we analyzed had it set to @ScriptFullPath and did not have any other process names. 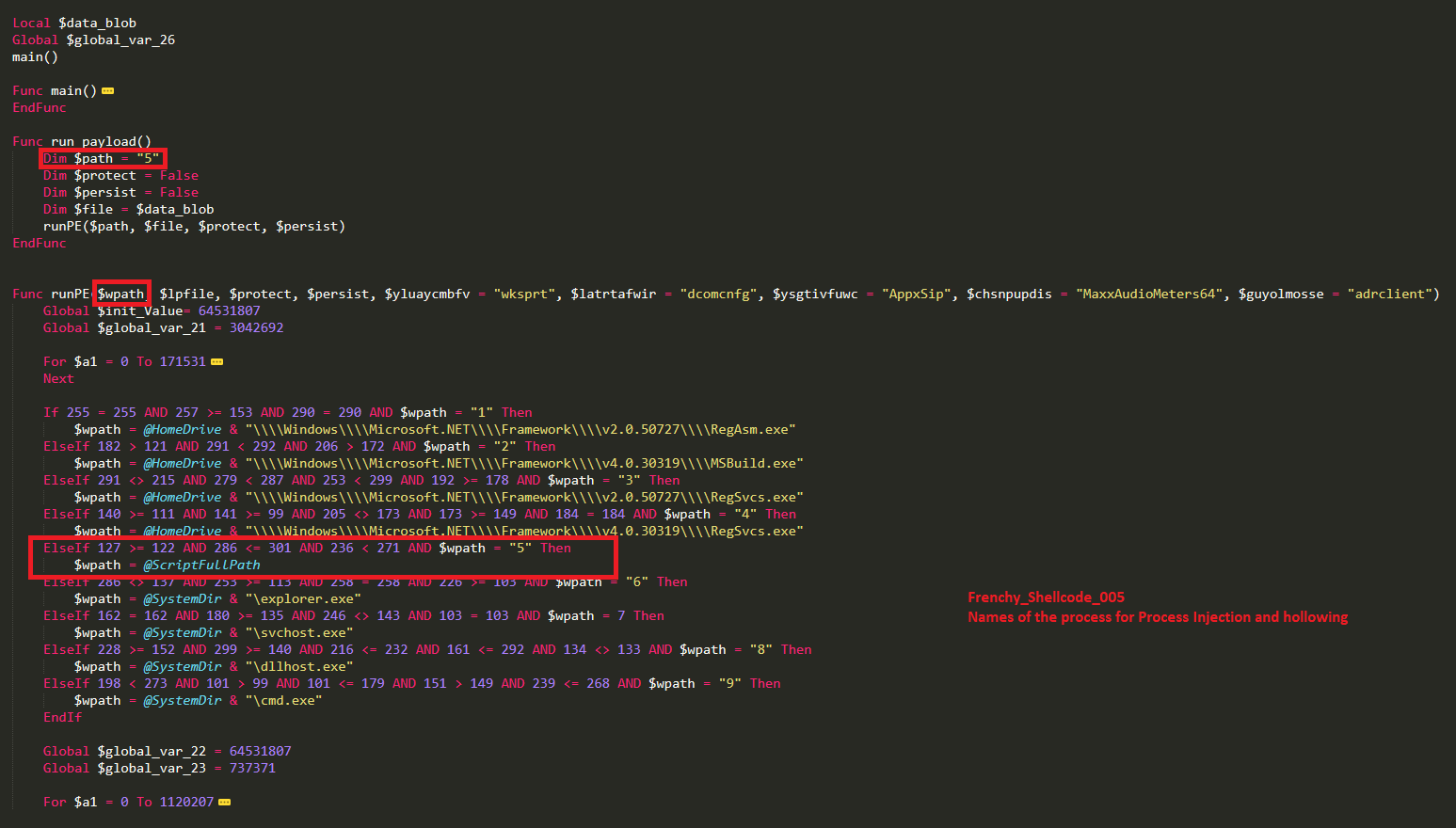 Figure 16: Process names for injection and hollowing (from version 005)

One of the older versions of the AutoIt obfuscators used a .bat file (quickassist.bat) alongside the vbs file in its startup function.

Figure 18: BdvSOLRjPN (vbs file), and quickassist.bat file
at startup in one of the older versions of AutoIt

In this section we will only present minor differences that we noticed in shellcode versions, because the actual functionality of the shellcode is still the same as older versions. Other researchers have already presented the shellcode’s functionality.

Initial frenchy shellcode versions had the tag with version number inside, but it was removed in later versions. Figure 15 below shows the CreateMutexW function used in version 001-005.

Frenchy_shellcode_001 validates for IsWow64Process before mapping the DLLs from KnownDlls or KnownDlls32, which was later optimized to avoid using kernel32 overall. The DLLs mapped are advapi32.dll, user32.dll, ole32.dll, ntdll.dll, and kerne32.dll which are the same as in older versions. The API functions used to map these DLLs are NtOpenSection and NtMapViewOfSection. See below for the process validation.

The shellcode gets the address of GetProcAddress and LoadLibrary to load other DLLs and make required API calls.

It looks like Frenchy has gained popularity among malware-as-a-service providers and is being successfully utilized to deliver many info stealers without significant modifications in the code. This unfortunately magnifies the inability of detection solutions to handle memory evasive malware techniques.

Morphisec moving target defense protects against Frenchy and other memory evasive malwares without any dependency on malware version.

AutoIT compiled executable with frenchy shellcode and lokibot (our sample)

Other AutoIT executables with frenchy shellcode and different malware family payloads embedded inside: