The Evolution of the FIN7 JSSLoader

Posted by Arnold Osipov on January 4, 2021
Find me on:
LinkedIn Twitter 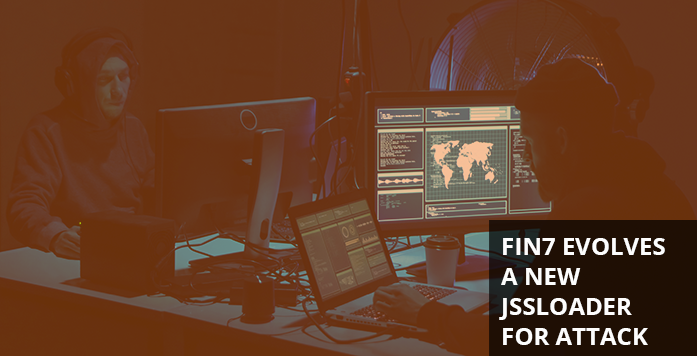 This report has been updated with assistance from the cybersecurity community.

Morphisec Labs has been tracking FIN7 (Carbanak Group) activity for the past several years. Morphisec’s ability to collect rich forensic data from memory has provided unique visibility into multiple FIN7 campaigns that our researchers were proud to share with MITRE and the InfoSec community at large. Fin7 is a well-funded financially motivated cybercrime group. Their advanced techniques and tactics were even emulated in the third round of the MITRE ATT&CK evaluations.

This report presents an attack chain that was intercepted and prevented within a customer’s network in December 2020, then will focus on a component from a typical FIN7 attack chain - JSSLoader. Though JSSLoader is well known as a minimized .NET RAT, not many details have been publicly available with respect to various capabilities such as exfiltration, persistence, auto-update, malware downloading, and more. Furthermore, in the many occasions where JSSLoader is mentioned, there are few details on the complete attack chain. The following provides a never before seen technical analysis of this infamous group’s JSSLoader as part of an end to end attack.

Below is an example of a typical phishing campaign that may lead to a FIN7 JSSLoader compromise as well as to other malwares such as QBOT; the traffic is then redirected through BlackTDS traffic distribution system. In this example an email is being sent from “Natural Health Sherpa” with an invoice to pay from Quickbooks.

Shortly after this phishing campaign “Natural Health Sherpa” posted this on social media.

It is worth mentioning that the early versions of the VB scripts have a strong resemblance to the ongoing QBOT campaign that may lead to an Egregor compromise.

The JSSLoader is a RAT (Remote Access Trojan) with multiple capabilities that were introduced over time. These various capabilities are documented throughout this report. In the specific attack chain that was recently intercepted, the RAT typically executes a Takeout script which is responsible for the reflective loading and execution of a Carbanak.

Not surprisingly, the C2 hosting provider is a company named FranTech Solutions, which has been used before by the FIN7 group.

Download the complete report for details on the various capabilities of this ever-evolving RAT, as well as an analysis of the complete attack chain in which it is leveraged.